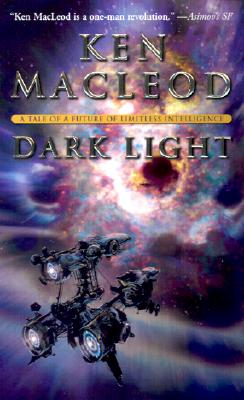 A Tale of Humans In a Universe of Ubiquitous Alien Life
Intelligence, it turns out, is rare--on planetary surfaces. It thrives everywhere else, from the Oort-cloud fringes of star systems to the magma furnaces beneath planetary crusts. And among the most powerful of the galaxy's intelligences, there are profound differences of opinion about how to deal with surface life-forms such as human beings.
For, untold light years from Earth, the powers that rule the universe have been, for millennia, plucking humans (and other intelligent beings) from Earth and forcibly resettling them in a number of star systems close to one another, leaving them to develop on their own. A few generations ago, a small cadre of humans from Earth's 21st century arrived in this "Second Sphere" on their own power--the first humans ever to do so. Their descendants have formed the "Cosmonaut" class that dominates Mingulay. Now, two hundred years later, Gregor Cairns and a small group of associates have rediscovered faster-than-light travel and traveled to the star system next door. They're determined to find more of the original, mysteriously long-lived cosmonauts. They want answers. And for those answers, they intend to interrogate the gods.